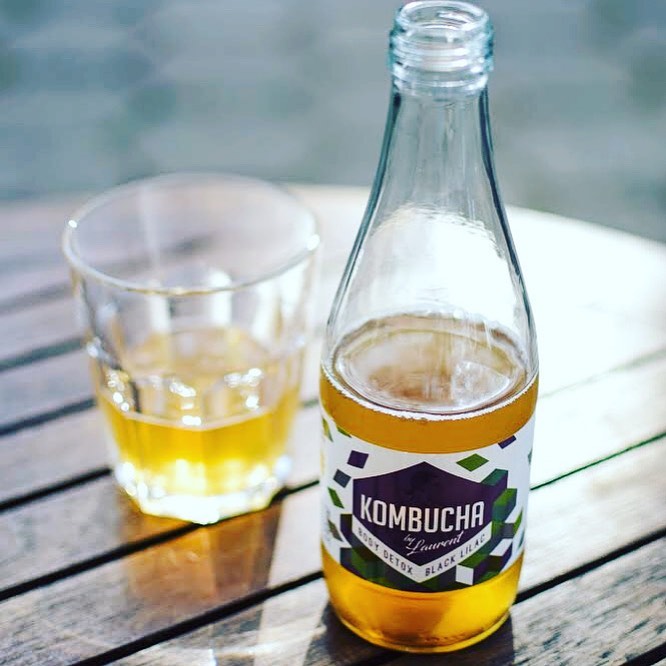 Kombucha or for everyone?

Kombucha – is it only for healthy yoga people ?

Its an interesting question.. Is kombucha only for healthy people?

This question got us thinking. Why is it that lifestyle choices such as spending a bit less time caught up in your own mind-mess, or consuming food that has proven health benefits, are mocked so ruthlessly? Why, as a worldwide nation in general,  people are  so cynical that they’d prefer to scoff at things like this from a distance than give them a go? I ask this as someone who, only a year ago, would quite happily wallow in my own mind-mess and cast aspersions at anyone who so much as glanced at a packet of kefir or some health drink like kombucha.

As always, I think the truth is that people simply don’t understand these things, and when we’re not sure of something we get the urge to knock it down, just in case it might be dangerous. I think it’s an evolutional hangover. I suspect that the first time caveman saw a wheel he did his very best to belittle it. Imagine if he saw a bottle of kombucha 🙂

The truth is, if you can divorce mindfulness from mental images of yogis and ashrams (assuming that images of yogis and ashrams are what’s making you uncomfortable) you’ll find that it amounts to little more than training yourself not to get lost in endless mind-loops. Imagine having a relaxed brain, free of replaying old arguments, muttering internally about how such-and-such needs taking down a peg or two, dreaming of your next comfort-purchase or questioning why you never seem to get as much out of life as your best friend (who is, unbeknownst to you, asking themselves the very same thing). 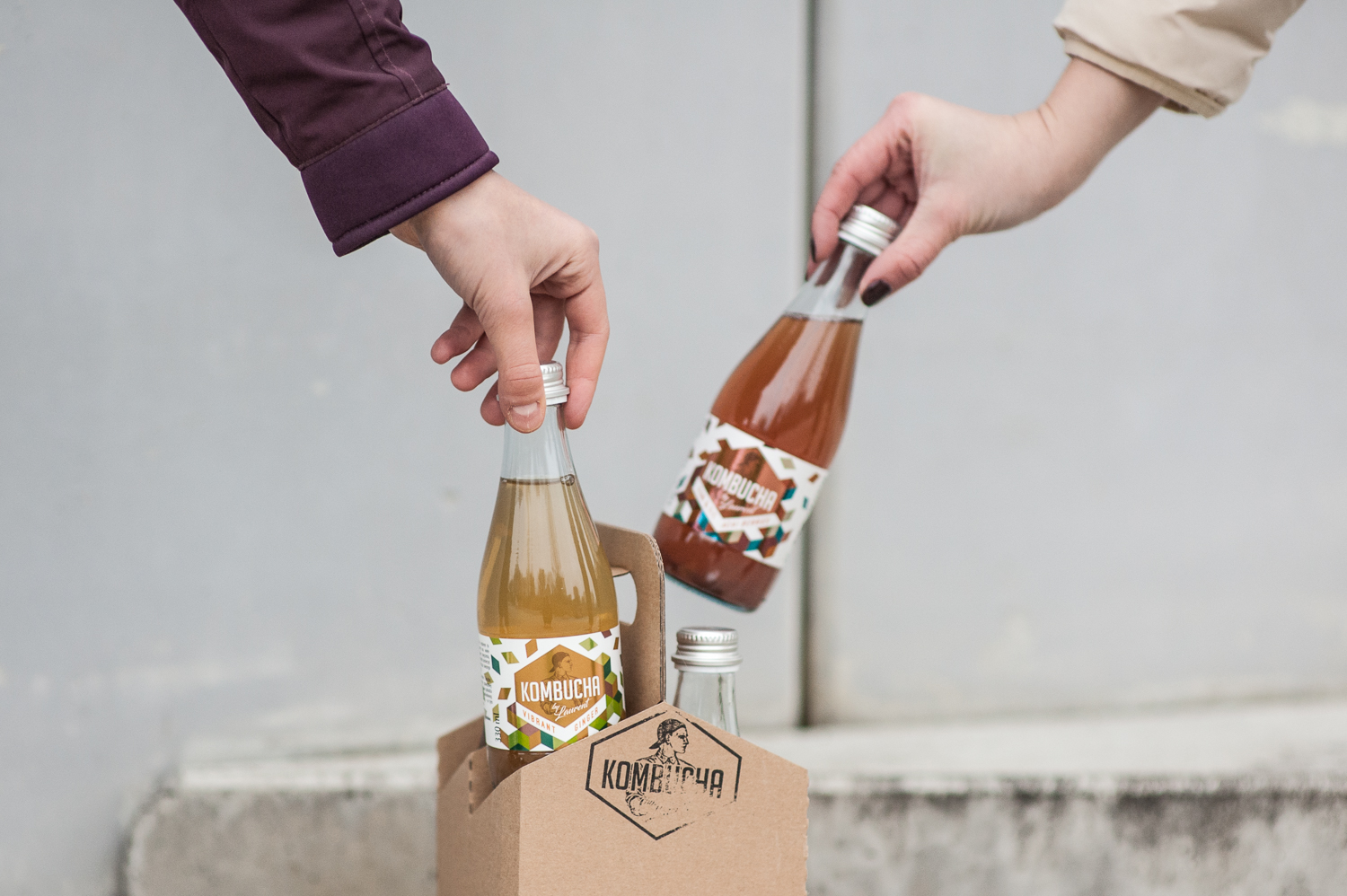 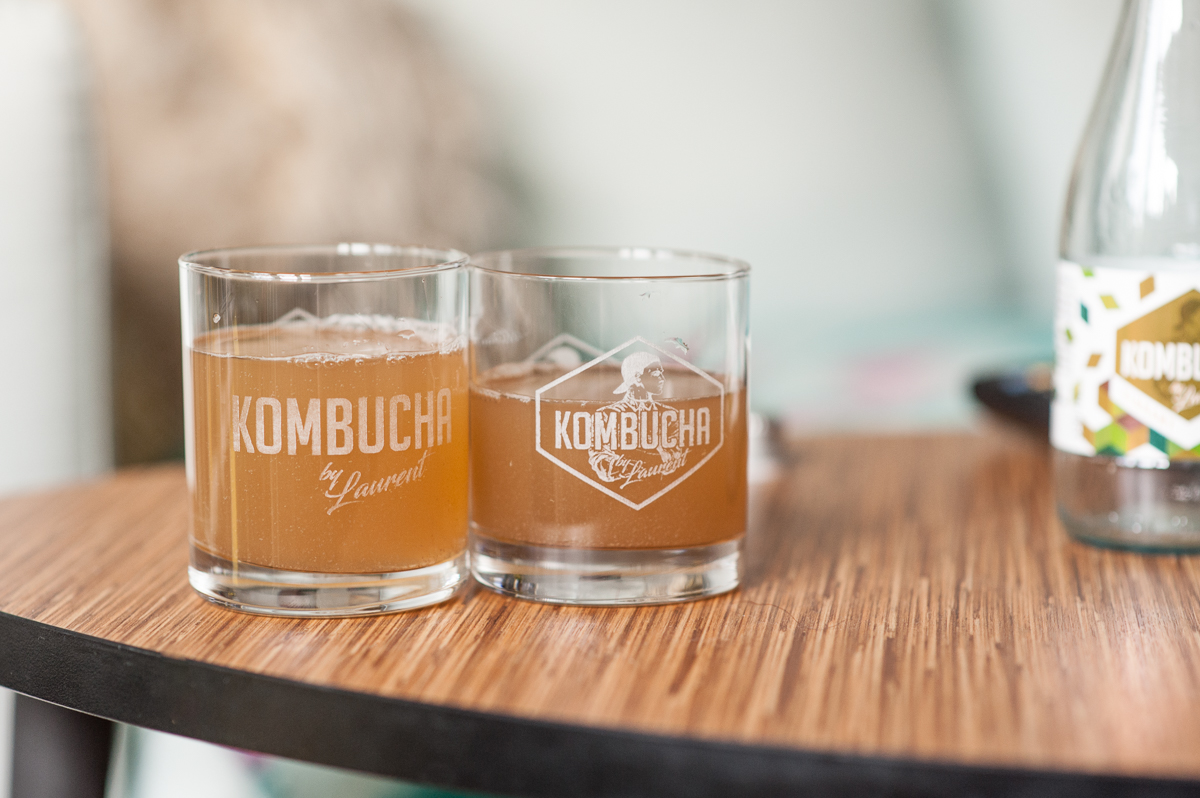 Except for kombucha, because kombucha is always a good idea.

Cut away all the wellbeing in white linen on beaches imagery, and you find that a large part of mindfulness is simply recognising that the endless conversation that plays in your head is simply a string of words. You need not attach yourself to them, and they certainly are not “you”. Recognising that is the start of quite an interesting process that, if my example is anything to go by, ends with a slightly less frazzled disposition and the first truly refreshing sleeps I’ve experienced in years. I can’t see anything worth poking fun at there. I imagine most people could do with the same.  Drinking a kombucha always helps.

In the case of kombucha, the fear of the unknown and the urge to destroy is slightly more self-explanatory. Have you ever seen anything quite so alien as a scoby after several weeks of growth? Not only does it look as though it might climb out of its jar and overwhelm your family, it looks as though it may even have plans for world domination. Kombucha Scooby that will take over the world. But again, I’m not sure that that’s such a bad thing. What we’re talking about here is fermented tea, yes thats’s kombucha – nothing more complicated than that. And since when has tea been exclusively for yogi’s In some countries they drink 165 million cups per day. Drinking a few more in the form of kombucha, offered up in a cool glass with refreshing beads of condensation dripping down the side, certainly isn’t going to upset the equilibrium. Given that kombucha is thought to have a pleasing number of health-related benefits, you might even find you feel better for it. So please, go Kombucha! More importantly Kombucha by Laurent 🙂

I guess you can sum up my point here with the old adage: “never judge a book by its cover (when its cover has a lotus flower on it and you’ve convinced yourself that you’re allergic to lotuses).” If growing up in the wherever country you live, and has left you with an undiagnosed case of ultra-cynicism, it might be worth relaxing a little and looking beyond the stereotypes. And if you can’t do that, you could always grow your hair and partake in free love. After all, If you can’t beat ‘em…

And Kombucha is for everyone. Even for you.

Kombucha by Laurent off course 🙂 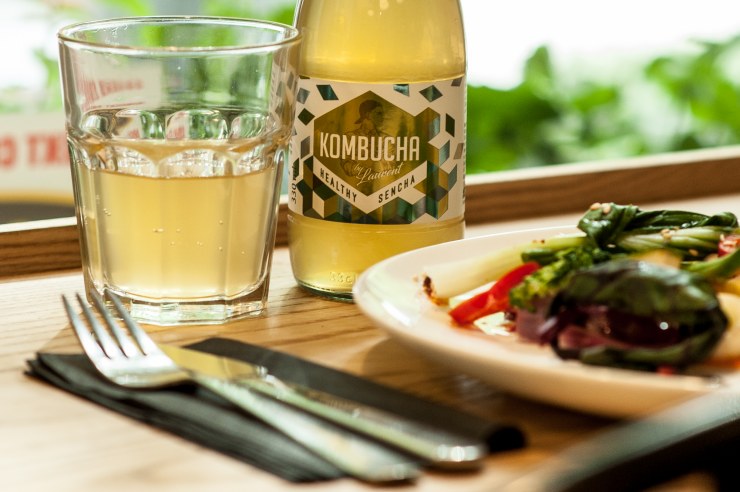 FERMENTED FOODS INTO YOUR DIET 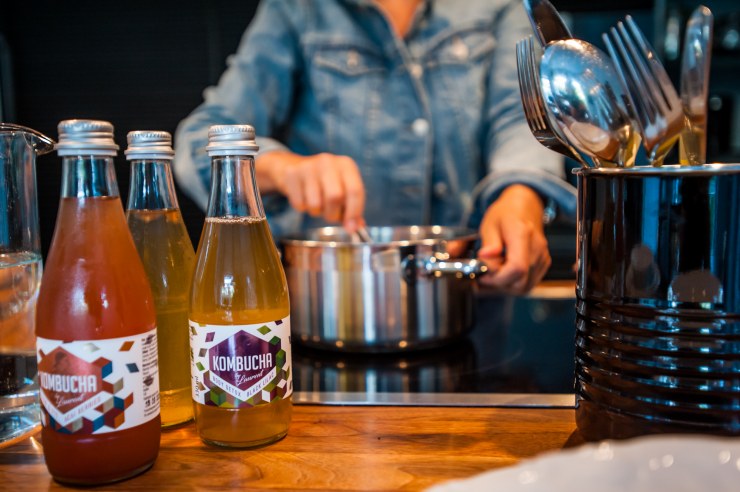 Kombucha: The best gift to your body during Autumn and Winter Did you notice? The weather is changing. … 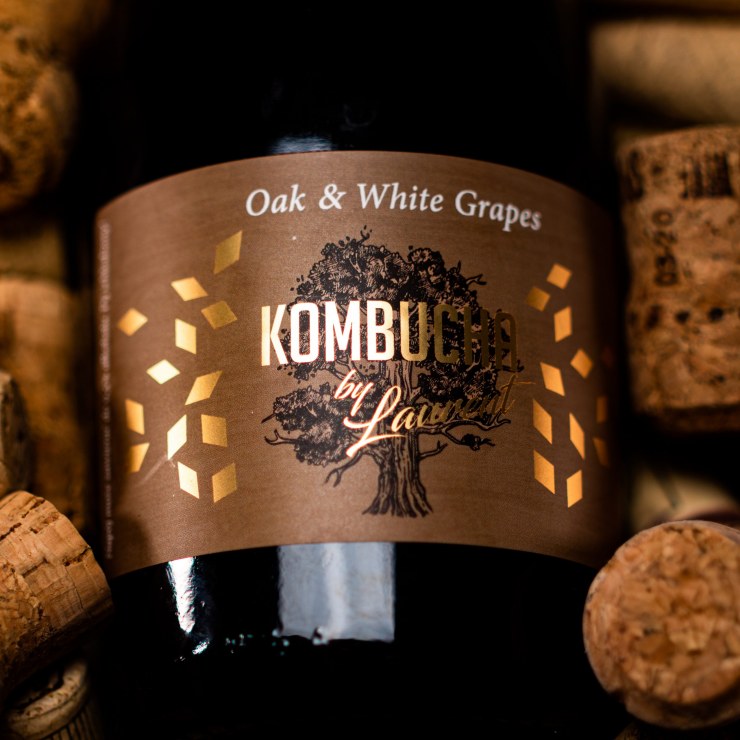 A day without alcohol?

No problem, drink Kombucha by Laurent, Champagne Version Yes, it’s a special celebration day. And you know what …

INSPIRED BY THE WORLD OF WINE
FEEL THE ENERGY OF KOMBUCHA
Regulamin Polityka prywatności Płatności Dostawa Reklamacje i zwroty
Realizacja: Kreujemy Internet
Kombucha or for everyone? - Kombucha by Laurent 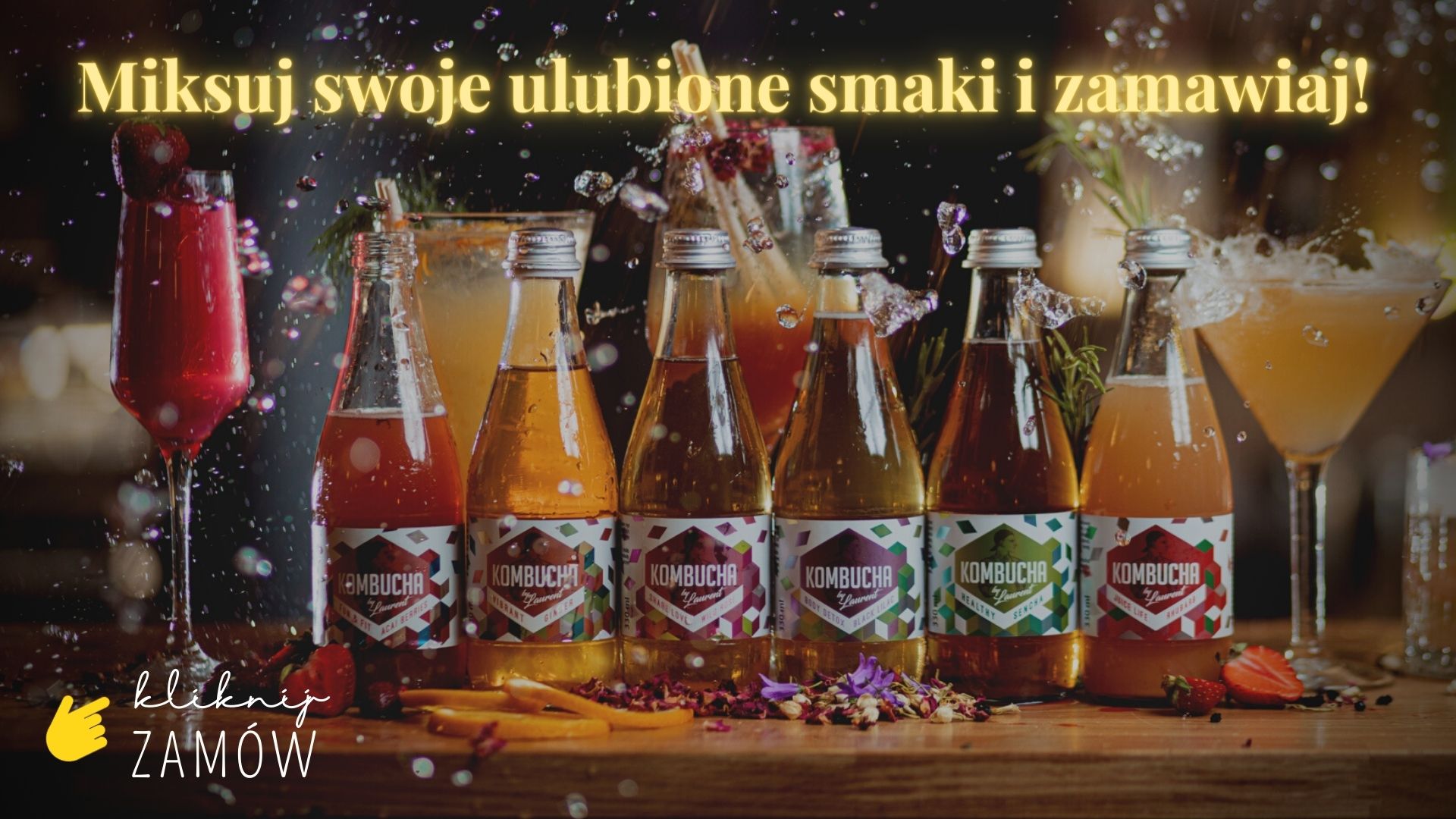